What's In a Name?

So, here we are, with two children, which less than a month ago, I referred to as our "sons". When Waylon finally communicated clearly to us what she was experiencing, we were full of fear, but moved forward to support her in the best way we could. I had just come out to everyone in my life, was so blessed with the overwhelming warmth and response - even from those I did not expect. I felt a little more unburdened, a little more settled, than I had before. 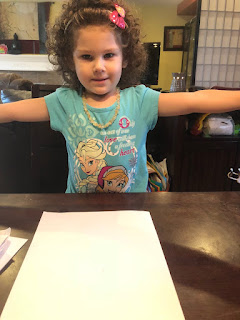 A few days later, I drove Waylon to school and she said as I pulled to a stop in the parking lot, "Mommy, I want a girl name." My heart dropped and the lump in my throat came back. "What?" She repeated herself. I asked her why she didn't like Waylon? I thought that it was gender neutral enough - I mean we had been using it for 4 years, and in the last year, in public, people just assumed "Waylon" was a girl - even when she was dressed in "boy's" clothing. She told me that she didn't like Waylon and wanted a girl name. I said, "Well, when mommy was pregnant with you, I wanted to name a daughter Willow. But I didn't know you were a girl when you came out, so I named you Waylon." Her eyes got bright, "I'm Willow." I said, "Well, ok, honey, let's talk about it with daddy later. I got her out of the car and was hoping she didn't see me shaking. 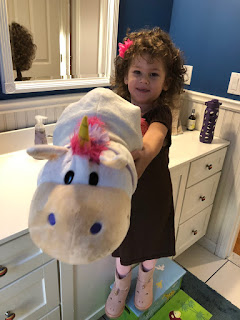 I was simply devastated. I completely understood now the "grief" I told parents about that they may experience when a child transitions. All I could think of was my little baby, Waylon. I called her that in my belly, once I knew that she was a "boy" - at least assigned that way at birth. I named her Waylon Joseph - the Joseph after my father - his middle name. How can I possibly change that? I saw "Willow" as a different creature altogether. A little baby girl. And Waylon IS now that, but he's also my little baby boy. The one whose name I said as I gave birth to, the one whose name I said as I held to my breast, the one whose name I softly sang to, I even had a whole song with his name - of course it also had the phrase "my little boy blue" in it. I cried the whole way home, and sent my mother a message, crying to her as well. 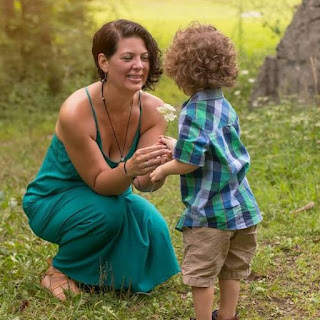 This felt too real. To change her name. To claim her as female. To change a 4 year old's name. There is always real doubt here - it is hard to trust your child's opinions and beliefs when they would do things like eat candy all day, never bathe, or run into a road with traffic. But, I knew from my own experience, no one taught me to be a boy or girl, I had my own feelings that did not really change over time. And I had a sense of it, as a very young child - research indicates that you can start to see it from 18 months and a firm sense of it by 3 years of age. And all of those things that they don't know yet, are about learning about the outside world. Kids are the most in touch with their feelings than any of us, including adults. She would know how she feels and not be filtering it through fears of the future, like I was.

I would let my mind go to the future - what would this mean for what she wants in her adolescence? We don't even let the kids take medications unless they are absolutely necessary. Does this mean hormones??? I used my yogic breaths to bring me back to the present. I can't see the future - only what's happening right now. And then I cried again. What's happening right now was letting go of my "little boy blue". 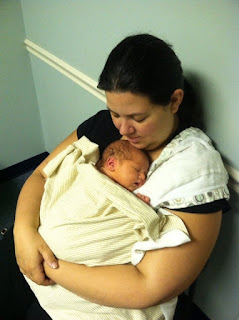 I spoke to Mike and told him what happened. I said, "Mike, this is moving too fast. I need her to slow down." Then my White, cisgender, heterosexual, male husband said to me, "Misty, she's not going too fast, she's just not repressing anymore. But you still are." Damn, Mike, when did you get so freaking woke?? And I replied, "I am repressing! I'm not ready!"

The next day, not only did Waylon bring it up again, her teachers told me that she has been talking about it in school as well. She wants a girl name. 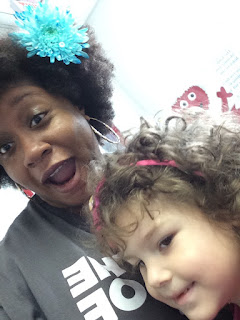 Mike and I decided to talk about it and offer her lots of alternatives, even things like Waylynn. She balked at the idea of anything else. Cry-screaming, "I am Willow!" every time we offered another name. As a family, including Wilson, we talked about what made Waylon want to change her name. Wilson seemed to understand immediately, and ran off to write out a page of name options. Unfortunately, those were a little scary and included one that he pronounced "Ho" (Howe), which Waylon quickly rejected. She settled on Willow. 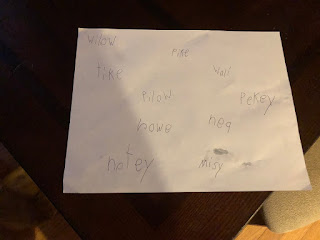 I had originally chosen Willow as a child's name in my early twenties. Partially because I am a Buffy the Vampire Slayer superfan, and partially because I am in love with willow trees. Everything about them appeals to me. Their wispiness and ethereal leaves speak of a spiritual component to nature that we often miss. Willow trees are also one of the strongest trees, simply because of how flexible their branches are - they are full of water, making them resilient. They bend to great distances without breaking. Yes, this baby was a Willow. 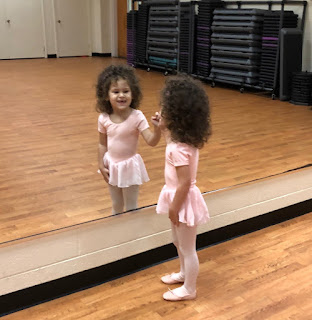 We all agreed and then moved to pick a middle name. I offered Josephine, something similar to my father's name, and by that time my mother had skyped in to help. My father said "Willow Josephine sounds horrible," so we scrapped that. It was a very surreal moment. Not just because my mother, who has struggled with accepting affectional and gender orientation differences was being super supportive, but because there we were with a child that was helping us name themselves.

The significance of that moment hit me. Of course, she is picking her name. In every way, she is telling us that how people and society defined her is NOT who she is. She defines herself. And I sat there in awe for moment, to look at this little soul, my daughter, a child that I wanted to teach how to be strong, and here she was, teaching me, that she's already strong. This kid LITERALLY violates all of our social norms. And there it was again - we let society define every aspect of ourselves, and then we walk around miserable that we don't meet those expectations - it's not just gender, it's our physical bodies, our attractiveness, our health and mental health, our work and career, what makes us happy, even our emotions, thoughts, and ideas. And she is saying, "No. I define me." 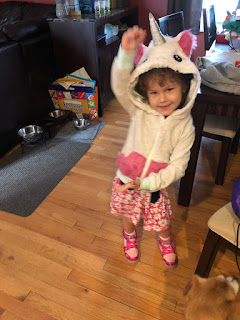 My mother then shouted out, "Willow Grace!" And my heart jumped in joy. "That's beautiful!" And then the definition of grace hit me.

Simple elegance. My baby was just that. Elegant and ethereal - she loved everything about femininity. In Christian belief, the religion of my youth, Grace means the unequivocal acceptance and love from God. And although I am not Christian, I believe in greater purpose, and the idea that our universe or Creator loves all of their creations, that we all carry purpose and blessings, is a lesson that I still believe. She was put on this earth for a reason. And God, or the Universe, made her as a blessing. Finally, grace means to honor someone or something by one's presence. And that is the essence of her soul - she blesses everyone she touches. Her love makes everyone smile. Her heart is so open, and she brings joy to anywhere that she goes. She is blessing me every single day. 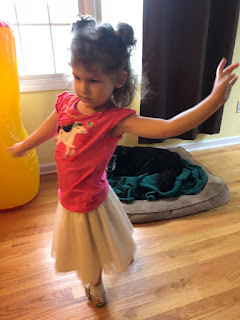 Tonight, she came home to write her name for her homework. Any misgivings I had were put to rest when I saw this - She had traced the name Waylon as she was supposed to do for her work. But on the name line, she wrote, on her own: Willow. She has been practicing writing it on her own in her own artwork for days. Here she was asked to trace Waylon over and over, which she did, but she still claimed her real name on the top of her work. 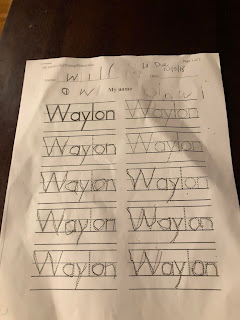 So here, she is. Our Willow Grace. We are trying the name out to see if this is what sticks for her. There will be lots of mis-namings, as we learn to call her by the new name (just as we have struggled to say her/she and not "boys"). If this name we all helped her with is the one that speaks to her soul, then we will be happy for her. We are open that it is or will not be, but if this does work for her, we will change it, legally. And if someday she wants to change it back, we'll do that too. Because she's here to teach us that nothing defines us - not other's expectations, not even a name. Be true to your soul, and you will find resiliency, strength, and grace. 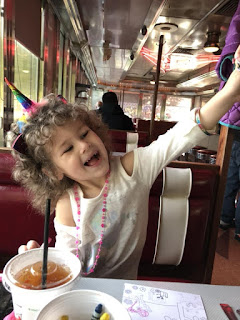 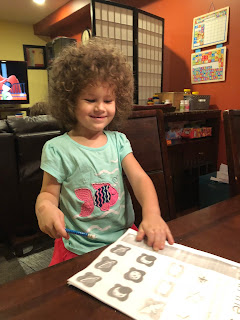